Solutioneers Getting Hired for Sustainability Internships

This Spring 2021 semester, we partnered with Utopia Smart City, which is a self-sustaining condominium community in Phoenix that is in development. Greenlight has worked on two other projects with Utopia in the fall of 2020. The first project focused on Crypto Energy Engagement, which helped Utopia Smart City use sustainable agriculture, multiple use-cases of blockchain technology, and utilized renewable energy. The second project focused on a Sustainable Sourcing Strategy, which helped their development through research on sourcing sustainable building materials. In addition, our research focused on suppliers too. Some of Greenlight’s Solutioneers who worked on the Utopia Smart City project were given the opportunity to continue working for Utopia beyond their time at Greenlight and after college.

Lucien Roberson joined GreenLight during his last semester of college, and although his time at GLSF was limited, the experience and opportunities it provided him were huge. As a Solutioneer, Lucien was introduced to Utopia Smart City with whom he partnered up with for his project. This gave him the ability to network with executives at Utopia, leading to an internship and job opportunity with Utopia. He is now working on the Utopia Smart City Team doing various tasks and has become a valuable member of their team by bringing his computer skills to the table.

The most valuable skills he gained from his time at GLSF and Utopia include, not only the ability to be a team player, even in a remote setting, but also his communication skills. One piece of advice he has for everyone is that when given the opportunity to work for GLSF or Utopia, “Don’t focus on what they can do for you, focus on what you can do for them.” Keep in mind that their time is extremely valuable, so it’s important to make sure you have something to contribute to the team and to leave a lasting impression on all of the members. He believes this helped him find work with Utopia after his time at GLSF.

Lucien has been loving working for Utopia! They want to help him improve and have made him feel like a valuable part of the team. In the future, he hopes to work with computer programming, particularly blockchain cryptocurrency, and merge programming and sustainability to meet his #1 goal in life, which is to make a difference in the world. He hopes that the finished result of Utopia Smart City can be “a new way for people to think about what programming allows us to do.” 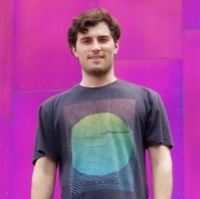 BS in sustainability with an emphasis on Conservation Biology and Ecology, 2020

Joseph Weeks joined GreenLight Solutions in January of 2020 and was a member of one of its teams for his final year of college. GreenLight was “way more influential for the direction I’m going in now than I ever could’ve imagined.” He started at GLSF on the Solar United Neighbors team, then became the VP of Projects his second semester, as well as being a nonprofit development intern. He later started working for Utopia Smart City as VP of Projects. During this role, he oversaw 6 different projects, two of which were with Utopia. He oversaw Utopia’s sustainable sourcing strategy team, as well as their crypto energy consumption team. This naturally bridged him more with Utopia and he gained valuable skills in cryptocurrency and block chain. His biggest interest is in block chain, which he believes to be the future of what supply chain is for sustainability students 5 years from now.

Joseph’s favorite part of working with GLSF was the valuable connections he made by being able to interact with so many different people as VP of Projects. He feels that GreenLight gives you the ability to oversee different aspects of sustainability and tie them together, allowing you to actually see what it would be like to have a career in different aspects of the field. He loves working for Utopia and feels that it’s provided him with amazing mentorship and experience. His advice for people in GLSF is to “Go into GreenLight with an open mind and don’t be too entrenched in one specific topic. GreenLight is an amazing way to look into and try out different areas of sustainability you may have not thought about.” He recommends that anyone involved in GL take initiative and see how you can contribute to the organization and see how it operates. In the future, he hopes to help bring technologies to the forefront that will help solve pressing issues. Specifically, pressing issues like humans caused climate change. 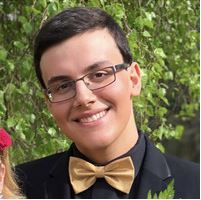 Lee joined GSL his sophomore year and was a member for one semester. While his time with GLS was short, he gained knowledge and opportunities to last him long beyond that. He worked on the Solar City team during his time as a Solutioneer, and became interested in Utopia Smart City after watching the showcase. Lee was able to easily get into contact with Utopia and directly applied to intern with them. This did lead to him being offered an internship position. Had he not been a part of GreenLight, he may have never known that Utopia existed or had even gotten the opportunity to work with them.

Lee’s favorite things about being a solutioneer was that he was able to spend time with like minded individuals who wanted to become involved in sustainability beyond structured sustainability classes. He loved events like the retreat, “it felt like I was a part of a community that was all working together toward the same cause”. For Lee, GreenLight provided him with several priceless opportunities because it connected him with Utopia. Greenlight introduced him to opportunities where he was able to find work for a real company and get a feel for what it would be like working in a sustainability profession. Lee noted that many sustainability majors know only what their classes teach them but know little about work in sustainability after college. GLSF was able to provide that missing experience.

Lee has taken a step back from interning for Utopia for now as he is dedicating his time to school, especially after a major life change. However, he loved his time with Utopia and gained a lot of valuable experiences, knowledge, and relationships.  During his time at Utopia Smart City, he was tasked with research for Utopia’s upcoming plans. In this role, he had to learn how to adapt quickly, be able to collaborate effectively and prepare speeches each week. He enjoyed “feeling involved in something that actually affects sustainability”. Through his time at GreenLight and Utopia Smart City, Lee developed skills in teamwork, communication, and learned to value what he brings to the table.

In the future, Lee hopes to pursue a career in therapy as he recently switched over from a Sustainability major to a Psychology major. However, he still hopes to incorporate sustainability into his career. Lee believes you can incorporate sustainability into any field. An example of the work Lee wants to do with sustainability in psychology would be, making therapy accessible to more people and through the use of cognitive science to help people greeter happiness in individuals and therefore their behavior more sustainable. His advice to anyone involved in GLS is to put as much effort as you can into every opportunity you have. Every experience is, if nothing else, a resume builder and a way to make valuable connections, and so much more.