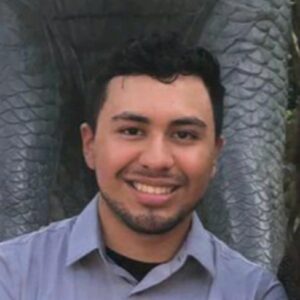 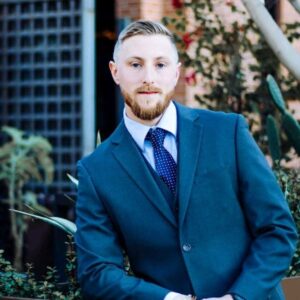 What degrees did you receive from ASU and when did you graduate?

My major was Business Sustainability and I graduated in Fall 2019.

What projects were you involved in with GreenLight, and what roles did you hold?

My very first project in GreenLight was the S.T.E.A.M. Park. The Project Partner, John Drury, had plans to build a sustainable theme park centered around S.T.E.M. education that would generate energy. Since creating a theme park requires a lot of capital, we ended up turning the project into a means to educate kids on what S.T.E.A.M. is and how that incorporates sustainability. We actually went to an elementary school to teach students!

So, my role was originally a Solutioneer, and then got bumped up to Co-Project Lead. After that, I was encouraged to be a part of the Leadership Team as the VP of Operations for 2 semesters, then President for 1 semester.

What was the most impactful thing you did with GreenLight?

What kind of sustainability projects have you been a part of since leaving ASU?

I worked with the Ak-Chin Pavilion with Live Nation. I got picked up as a Zero Waste Captain and was immediately recognized for my skills and knowledge for sustainability and was put into a supervisor role as the Sustainability Coordinator. Our project was to help eliminate waste within the music industry. We diverted about 42% of waste from the landfill into either recyclable goods, composting, or donations.

I also worked with the students from Nanzan University who engaged in a GreenLight project partnered with Global Launch and AZStRUT.

Lastly, my current role is with AmeriCorp VISTA helping with the AZ Food Banks Network. I’m part of the team that helps food pantries become self sustaining.

While you were interviewing for those positions, did GreenLight ever come up in the interview? How so?

Every single time. It always varied for each interview, as I’m sure it’ll continue to vary because I’ll continue to bring up GreenLight as much as possible. I think some of the big questions that employers would ask were about taking initiative. I got a lot of the “Tell me about a time when…” type questions. Through questions like that, GreenLight came up the most because those examples were really apparent, not because I tried to name-drop GreenLight, but because I legitimately got those relevant experiences during my time with GreenLight.

Out of all the skills and experiences that you have gained throughout your academic career, which skills can you attribute to your time in GreenLight?

There are two skills that stick out to me the most, the first one being leadership. I feel that being the oldest of 6 brothers has made me a natural leader, as I tried to be a role model for my siblings to look up to, as well as being captain of the football team in high school; but I really think those skills became the most useful through GreenLight and those leadership roles. The other important skill I learned is knowing how to be a professional, knowing how to be responsive to emails, and skills like that.

You mentioned your service with AmeriCorps. How long have you been volunteering with them?

I’ve actually technically only been at my project sight for a month.

A month is not necessarily a long time, but based on what you’re doing now, how satisfied are you with your role in AmeriCorps?

I’m very satisfied. I love the fact that I’m helping food pantries create a small impact in a rural area, which really that small impact creates a big impact. It’s one of those “think globally, act locally” kind of things. When you become an AmeriCorps VISTA, you’re pretty much trying to create the end to poverty. Also, I love the culture in my office, everyone is so welcoming and all about the same mission and the same goal.

So, the work you do directly contributes to one of the UN Sustainable Development Goals (SDGs)?

Absolutely, we’re actually contributing to two of the goals if you think about it. One of them is #1 No Poverty and #2 Zero Hunger.

It must be really nice to have that sort of work environment where you actually enjoy coming to work.

Yeah, I love it! This is probably a little off-topic, but what drives me, and what one of my greatest goals is, is to be a great father. We’re all in this together to help sustain the planet for our future kids and their kids. I feel like that ties into being a great father.

Aside from being a great father, which I know for certain you will be, what are some other goals that you aspire to reach?

My long-term goal is to just help people. I’ve always wanted to help people in whatever ways I possibly can. I don’t expect to make seven figures, but as long as I can help people, I’m satisfied.

You’ve been apart of quite a bit of projects since graduating, what are you most proud of?

Definitely graduating college. Earlier I mentioned how I want to be a great father – neither one of my parents went to college and one of them didn’t finish high school, so the greatest accomplishment I had was to enlighten myself enough to put myself through school.

Since graduating, has there been anything about being in the workforce, or the “real world,” that surprised you?

Definitely, job searching was a huge shock to me. I thought when you graduated you just submitted an application to the very first person you saw and they’re probably going to pick you up. Not the case whatsoever. I was out there applying and not even getting calls back. It takes perseverance for sure.

What advice would you give sustainability majors that are gearing up for graduation soon?

Don’t be so narrow-minded. Sustainability comes in many shapes and forms, so my advice is to expand to other realms of sustainability other than the environmental one. Society and economy are just as important.

Also, don’t be driven by big impacts. That’s one of the topics in my office right now. We don’t like the word ‘impact’, because really whenever you say that, it’s got this stigma behind it, to help the biggest company make the biggest impact, but there’s not enough being done to impact rural areas. Go out of your way to help rural communities as well.

Small wins are still wins. Anything and everything in pursuit of a better future is valuable.